Common PCB Failure Modes and How to Avoid Them

Did you know that some organisms are composed primarily of water? Maybe you did, but did you also know that we are included in this group? Well, it is true. Up to 60% of the human body consists of water. If you have ever experienced a cramp from dehydration become a charley horse, then you know first-hand why it is important to keep fluid inside of your body. Having water on your body, however, is another matter. Even though a nice, soothing shower is hard to beat, there are certainly times when it is not desirable for you to be wet externally. 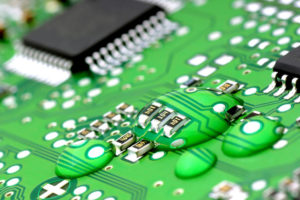 A common reason for PCBA failure

When it comes to PCBAs in operation, water is bad news. Even small amounts of moisture can cause your board to fail and avoiding moisture requires that the best protection methods are used. Even with this security, your circuit boards may still be vulnerable as there are several PCB failure modes. In order to create a comprehensive defense, we first need to know why boards fail. Then we can define ways to avoid at least the most common PCB failure modes.

Why Do PCBs Fail?

A successfully designed and manufactured PCBA (a circuit board design that has been fabricated or a PCB, and fully assembled) that reliably meets its performance objectives over its lifecycle is always the expectation and is definitely achievable. And it is sometimes easy to overlook the many activities that come together to make this possible. Obviously, the design process itself can be long and tedious depending upon the complexity of the board and there are a number of good decisions in order to create a design file package that your contract manufacturer (CM) can build. This is followed by a formal set of fabrication and manufacturing steps, each of which carries some degree of risk. Let’s see what PCB failure modes are most likely to occur or be detected during assembly and operation.

The alignment of the PCB stackup is done during fabrication. However, it may not be discovered until the board is being assembled. For example, during manual or optical inspection (AOI). If not detected, opens, shorts or crossed signal lines may occur that will negatively affect board operation.

Solder bridges are unintended connections between conductive elements on the board. These may be between adjacent pads, traces and pads or traces in close proximity. In any case, these may lead to shorts and component or board damage.

During assembly, the components are placed prior to soldering. If a component moves or shifts during soldering, a quality solder joint will not be formed and tombstoning or opens may result.

If an open circuit; such as a detached component develops on the board, which may result from movement or vibration, operation will most likely be erratic and unpredictable. Depending upon the function of the board and its larger system, this may be catastrophic. For example, if the board provides critical measurements and these are incorrect the overall system may become unmanageable.

Shorts, in contrast to opens, may cause immediate damage to components or the board  itself. If current levels are high enough, a fire could break out on the board. Shorts may be caused by moisture, undetected solder bridges, creepage distance breakdown for high voltage boards or unexpected events such as current spikes.

The gradual degradation of PCBA performance is one of the hardest failure modes to detect. Moreover, there are many possible root causes. Common issues are:

Delamination is when laminate on the board’s layers detaches from the substrate or dielectric material. The most likely cause is the use of materials where the CTE is too low for the thermal requirements of the environment in which the board is installed.

The failure of individual components is also a major problem. Components may fail due to poor selection (capabilities do not match operational requirements), poor quality, package breakage due to excessive heat, UV exposure or chemical interactions. Component failure may be gradual or abrupt; such as due to a short.

PCBAs may also fail due to excessive physical or mechanical stress. For example, a rigid board subjected to repeated shock or vibrations may eventually crack or even break. Even flex boards can break if there bending strength ratings are exceeded.

As listed above, there are many potential failure modes that your board must survive to meet its lifecycle operation objective. Fortunately, there are decisions that can be made during design to improve the probability that this goal is realized.

Circuit board failures will usually be discovered during assembly or during operation. Failure modes discovered during assembly will require respin and additional costs, often after a redesign. If discovery occurs in the field, replacement and/or repair will be required. If the PCB failure mode is recurrent, it may be necessary to cease production and recall boards that are already deployed. In either case, significant additional costs may be incurred, not to mention increased development time. Obviously, it is preferable to avoid these contingencies, which highly probable by following the suggested design dos and don’ts listed below.

One of the most important design decisions is what materials to use. Although it is common to simply opt for a general standard, doing so may lead to several PCB failure modes. Instead, you should select the best material for YOUR design based upon material properties and your circuit’s operational needs.

Another critical decision to avoid PCB failure modes is the choice of components. Component selection should be optimized for your design with care taken to ensure quality and availability.

Last in this list of Dos, but probably the most important design decision that you make, is who should build your boards? Choosing fabrication and assembly services can make or break your PCBA development; including turnaround time, board quality and most importantly whether PCB failure modes occur or not.

The ability to withstand temperature variation, primarily heating, is mandatory for PCBAs during manufacturing and in the field. You should never assume your board will adequately survive these tests intact. The best way to ensure your board is able to sustain the heating requirements of assembly and its operational environment is to understand the importance of thermal resistance and perform thermal analysis.

🚫 Do not assume reliability. Test!

Developing a working board is always exciting and it can be tempting to move quickly into production. However, this desire should be tempered by the realization that PCB failure modes in the field can be costly and damage your relationship with end-user(s). Therefore, the best and prudent approach is to employ circuit board testing and be sure of your board’s reliability.

By following the suggested design guidelines above you will significantly reduce the probability that your boards will have PCB failure modes during manufacturing or in the field. Good design decisions, however, are not enough unless you partner with a CM that is equipped with the capability and expertise to produce high-quality boards and has in place a quality process to accomplish this. Tempo Automation is the industry leader for fast, high-quality PCBA manufacturing for prototyping and low-volume production. We will work with you beginning on Day 1 of design to ensure that the possibility of PCB failure modes is minimized.

If you are ready to have your design manufactured, try our quote tool to upload your CAD and BOM files. If you want more information on PCB failure modes and how to avoid them, contact us.

The Importance of Evaluating and Understanding Design Intent for PCBA Designs