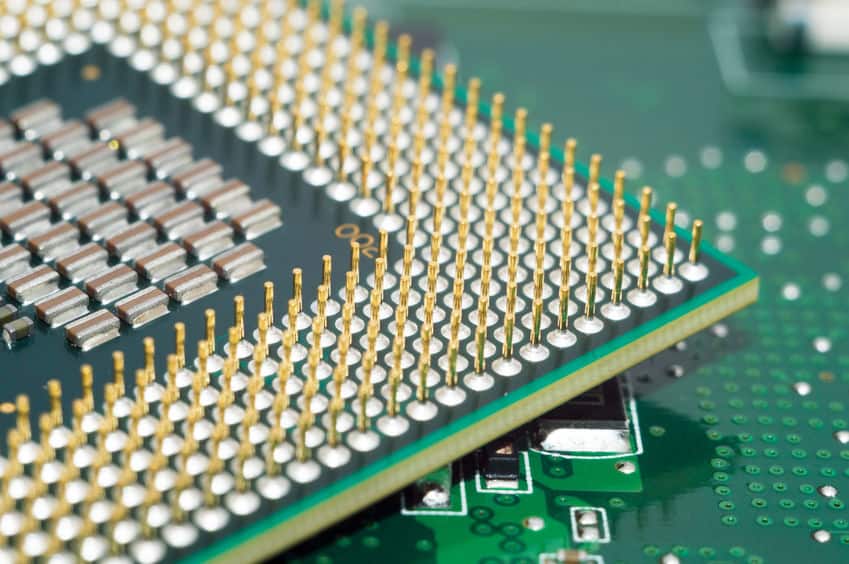 One of the sometimes underappreciated effects of the continuing expansion of computers into all aspects of our lives is how they have transformed learning. Prior to computers, it was a struggle for teachers to develop a pedagogy or teaching method that was truly aligned with the way many students actually learn the best. That is visual. For many, the ability to see something being done more rapidly translates into an activity they are able to understand and perform through mimicking than simply hearing it described. Proof positive of the adage “Give a man a fish, and you feed him for a day. Teach a man to fish, and you feed him for a lifetime. The origin of this thought is highly contested.”

Whether having a laptop at every desk, video lessons, virtual reality, or some other visual pedagogy tool is used, the result is that graphics-based learning is only possible due to the advancement of computing. Computers, of course, are driven by central processing units (CPUs) that perform or initiate all of the tasks requested by the operating program instructions. This includes communicating with the graphics processing unit (GPU), which is responsible for creating the imagery for display devices, such as monitors and projector screens. Let’s take a look at these two often complimentary electronic devices by comparing CPU vs GPU architecture and circuit board layout.

What is the Difference Between CPUs and GPUs?

Prior to discussing architecture and routing differences between CPUs and GPUs, it is probably informative to definitely draw a line between them in terms of attributes, as is done below.

As shown above, there are distinct differences between CPUs and GPUs, which is not surprising as their objectives are different. The CPU is meant to control program execution. Specifically, this means ensuring that instructions are handled sequentially and associated operations, such as subroutines, are completed prior to invoking the next instruction. The GPU, on the other hand, is one of several peripheral devices that interact with the computer’s MPU, which contains the CPU. The function of the GPU is to access memory locations quickly and assemble or create imagery structures or frames that can be sent to a display device for view or interaction.

The parallel and serial operational design for the GPU and CPU, respectively, can be better understood by examining the processing structure shown in the table below, where the data handling characteristics of a general-purpose GPU (GPGPU) are contrasted with those of a CPU. 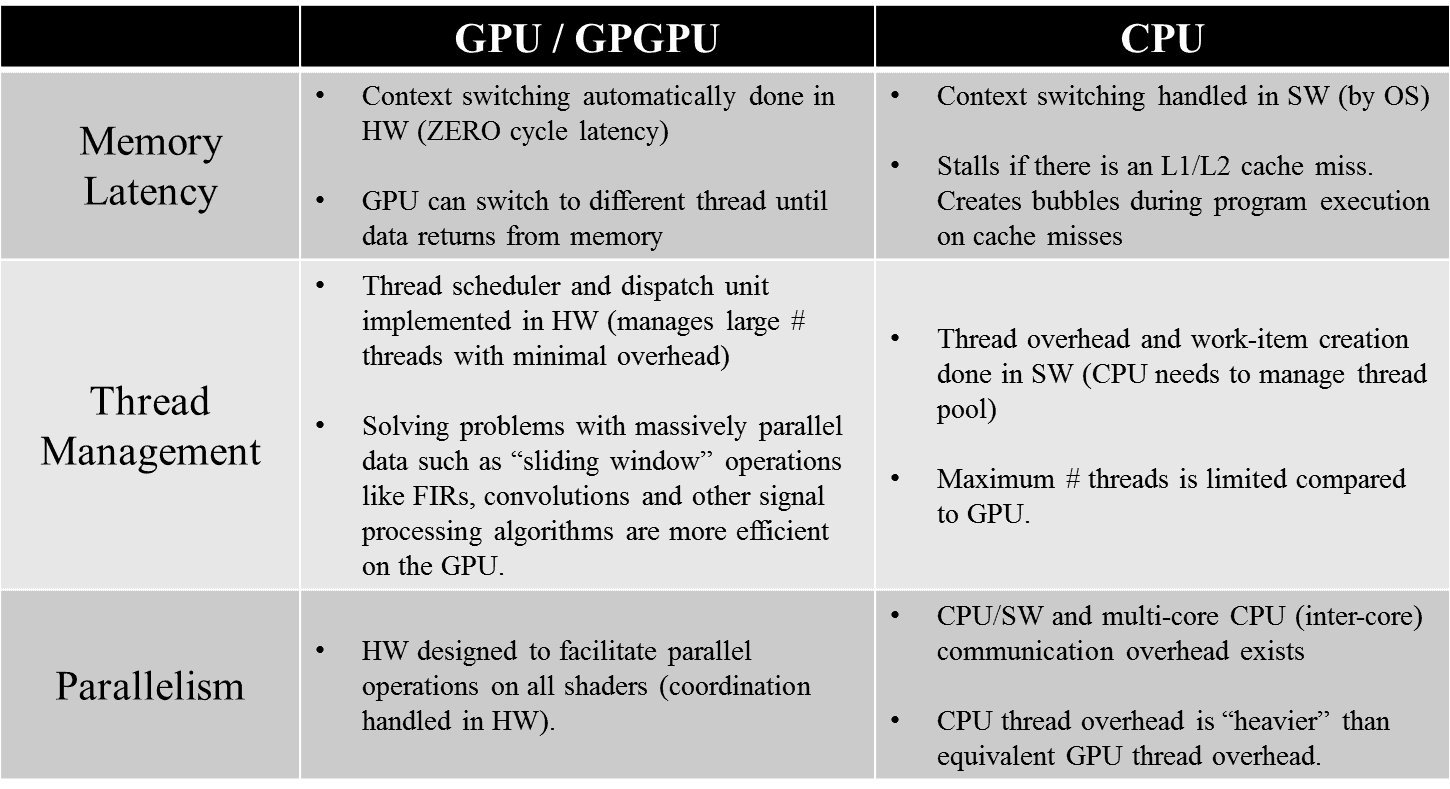 Now, that the operation and design intent of CPUs and GPUs is better understood, the discussion of CPU vs GPU architecture can be had.

Considerations for CPU versus GPU Architecture Layout for Evaluation Boards

Once, graphics boards or video cards - as they are sometimes called - were relegated to displaying (what we would call today low quality) imagery on computer screens. Today, however, these boards are found in all types of electronic devices that have graphics display capability. In most cases, they are still accompanied by a separate processor; and their primary function of rapidly retrieving, structuring (creating frames), and outputting imagery remains, albeit at a much better quality or resolution. In fact, the complexity of GPUs has reached the point where they are sometimes the primary semiconductor device under review for evaluation boards; instead of simply a peripheral. There are, of course, different considerations for laying out evaluation boards for CPU vs GPU architectures as shown below.

Advances in CPU technology have propelled computers into every industry and this growth coupled with improved GPU boards have opened the door to graphical applications that could not have been imagined a couple of decades ago.

However, building the evaluation boards that will lead to future capabilities requires an understanding of the important considerations for routing CPUs and GPUs. At Tempo Automation, we have the experience, expertise, and advanced manufacturing process to help you build the next generation of CPU and/or GPU evaluation board.

If you are ready to have your design manufactured, try our quote tool to upload your CAD and BOM files. If you want more information on CPU vs GPU architecture for evaluation boards, contact us.