Did you know that the first electric cars were produced during the mid- to late-1900s? Moreover, electric cars were in fairly common usage before gasoline engine automobiles. However, in the early twentieth century, the tide turned and Henry Ford and others took over the automobile industry. The history of electric vehicles is just one in which technology was developed, but not fully embraced at the time, only to resurface later with much wider acceptance. It is certainly true that in some cases, timing is everything! 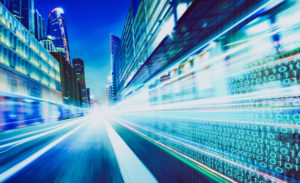 The speed of technological advancement

Today, it seems as though technological advancement moves almost at the speed of light. This is especially true for electronics and PCBAs, which are the driving force behind much of the advances. The demands for greater functionality, more versatility, and smaller size, along with the traditional thrusts for cheaper and faster production necessitate that you are aware of where the PCB market is headed. With this goal in mind, let’s take a look at what’s new in applications of printed circuit boards and their manufacture.

Printed circuit boards or more accurately assembled printed circuit boards (PCBAs) are everywhere today. Common applications include consumer electronics, medical devices, industrial equipment, aerospace systems, automotive, telecommunications, security and safety systems. Due to the wide range of board types, such as high-speed, high power, HDMI, micro PCBs, and non-standard form factors, virtually all industries include electronic devices for monitoring, measurement, control, and communication. In addition to these common applications, recent board developments have emerged for specialized usage as listed below.

The first three PCBA types are currently in use, while the latter two are still in development, although a number of constellation satellites, known as Starlink, have already been launched. It is expected that all of these board types will increase the range of applications of printed circuit boards.

What’s New in the Manufacturing of Printed Circuit Boards?

PCBAs are not the only area of circuit board development that is experiencing advancement. In fact, it may be that the way boards are manufactured is expanding at an even faster pace. Some notable manufacturing technologies that are or will significantly impact the industry are listed below.

All of the manufacturing advancements listed above have the primary objective of increasing the efficiency of board builds. And with the exception of autoplacing, all are being implemented today. Autoplacing, although promising in theory, has been limited as the best means of dealing with mechanical constraints is under study. However, the prospect of making the routing of board traces and component placement faster and simpler would be welcomed by any PCB designer or engineer.

PCBAs and the way they are manufactured are continuously evolving. These advancements are required as the demands placed upon boards and electronics will only become more stringent and challenging. Tempo Automation is the industry leader in quickly producing high-quality PCBAs for prototyping and low-volume production. We employ smart manufacturing that is software-based and agile. We are also committed to incorporating and contributing to the cutting edge in board manufacturing to ensure that your design embodiment meets its objectives.

If you are ready to have your design manufactured, try our quote tool to upload your CAD and BOM files. If you want more information on applications of printed circuit boards, contact us.