Designing for Effective CAN Bus Communication

I will not deny that I am a big fan of wireless. That means that I love remotes everywhere; including cars to change the radio station. And I cannot remember the last time that I used, much less bought, a landline telephone. Our utilization of wireless technology has enabled us to practically interconnect the entire world with satellites and even connect with space vehicles throughout our galaxy. Although the use of wireless technology appears to be boundless, there are still times when wired signal transfer, such as Ethernet, is the best option. 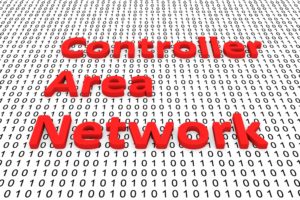 When the transmission source and reception point are in close proximity, for example on PCBAs, a physically connected path is still the best means of signal propagation. This is also true when multiple circuit boards are interconnected. And for harsh environments where industrial PCBS are implemented, connectors and protocols must be used that ensure reliable data and signal transfer in the face of constant movement, shocks, vibrations, and extreme temperatures. One protocol that is implemented to meet these requirements is the CAN bus. Let’s explore this connection protocol and see how it can be most effectively utilized.

What is CAN Bus?

CAN stands for controller area network. CAN is a network communication protocol as are Ethernet and Universal Serial Bus (USB); however, it does not perform point-to-point data transmission. Instead, CANs utilize broadcast messaging, which is also used in Ethernet networks for host discovery. The CAN bus was originally developed in 1983 by Bosch [1]. The first protocol was released by SAE in 1986, but today there are two standards that guide its implementation.

Although CAN bus was initially developed for automotive communications and still is the most used protocol in vehicles, it has been adapted to be applicable for many other applications. These include CANopen and DeviceNet for industrial automation. The expanded use of CAN bus is due to its many attributes that includes the list below.

👌 Does not experience message collisions.

For more detailed information on CANopen, DeviceNet and how these protocols can be used for industrial applications, see the following:

Now, let’s take a look at how to design boards that will make effective use of the CAN bus.

Making Effective Use of CAN Bus

CAN bus is at once a simple and robust network communication protocol well suited for embedded systems and industrial environments. A high data transfer rate and message collision avoidance make it especially applicable for communicating with equipment and machinery PCBAs, actuators, sensors, motor controllers and other factory equipment and machinery devices. For the best results for your boards, you should follow the design tip guidelines below.

Like any differential pair signals, you’ll need to ensure that the CAN bus signals are routed in parallel with similar trace length. This helps to prevent propagation delay which may affect the transmission. Also, having both CAN bus signals routed in parallel helps to prevent interference from corrupting the received data. Electrical interference will be coupled on both pairs with an equal amplitude which would not affect differential signals.

In a typical CAN bus design, a microcontroller will drive a CAN transceiver, which is routed to the CAN connector. It is prudent to keep the differential signal traces between the CAN transceiver and connector as short as possible. While there is unlikely to be any issues with trace impedance at a low frequency, it’s a good practice when it comes to differential signals.

CAN bus is meant to function in a harsh environment. But the hardware can be as reliable as the extra protection or without. To mitigate the possibility of transient surges, it will be a great idea to protective components such as TVS diodes on the PCB. It helps to channel any surge to ground and prolong the lifespan of the CAN transceiver.

When designing PCBAs for industrial production environments, it is highly likely they will interconnect with CAN bus networks as its utilization will continue to grow well into the future. Therefore, you should implement effective design techniques to help facilitate the best data transfer possible. At Tempo Automation, we will work with you to ensure that your boards are of high-quality and incorporate your design intent.

[1] Bosch or Robert Bosch GmBH is an engineering and technology with headquarters in Gerlingen, Germany.