A silkscreen-layer arrow is the best way to mark diode polarity. Not a dot. Not a stripe. Use an arrow. 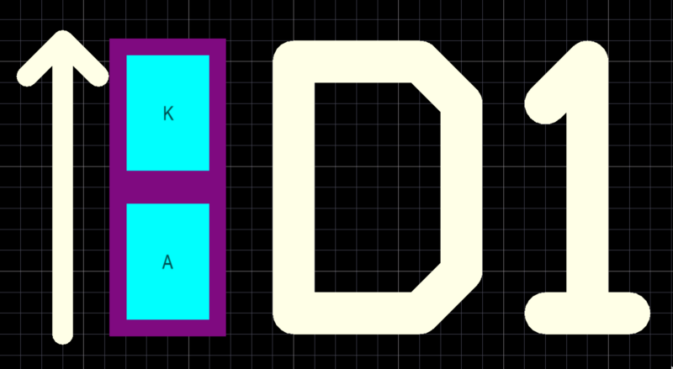 Even in automated assembly, incorrect diode polarity is a common problem. Diodes can have misleading markings. When programming the pick-and-place machine, figuring out the correct orientation requires some mental gymnastics. A silkscreen arrow reduces the work and improves loading accuracy.

In the modern diode symbol, the forward current goes in the direction of the arrow. How convenient! That is nice, but the original intent of the symbol design was to represent the point-contact in a germanium glass diode. This symbol caught on, and now everyone thinks of the diode symbol as a type of arrow.

The stripe on the glass or plastic diode package nicely corresponds to the cathode line on the diode symbol. This stripe was also marked on the printed circuit board. This made it easy to see the correct orientation.

Modern surface-mount diodes don’t always use this simple marking scheme. For example, many light-emitting diodes have unusual polarity marks. There is not a great place to put a stripe on the top, because it would block the light. 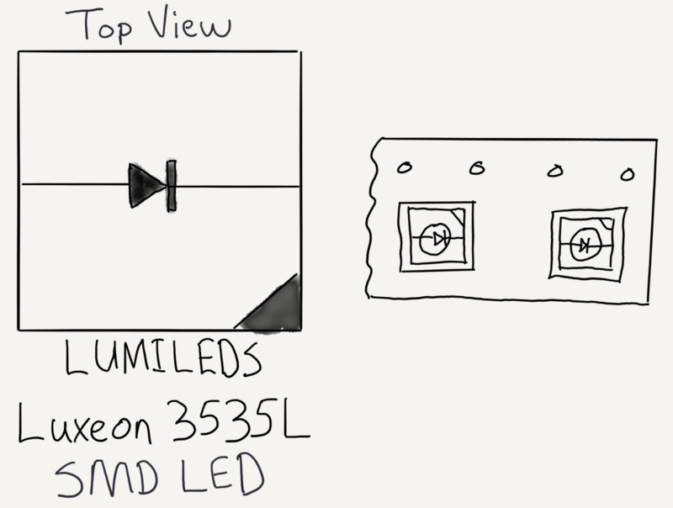 This package is marked on the top with a little notch in the plastic on the side of the cathode. 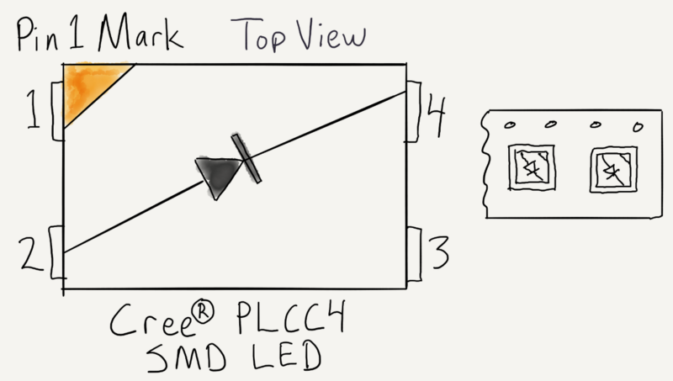 Some diodes have markings on pin 1 instead of the on the cathode. 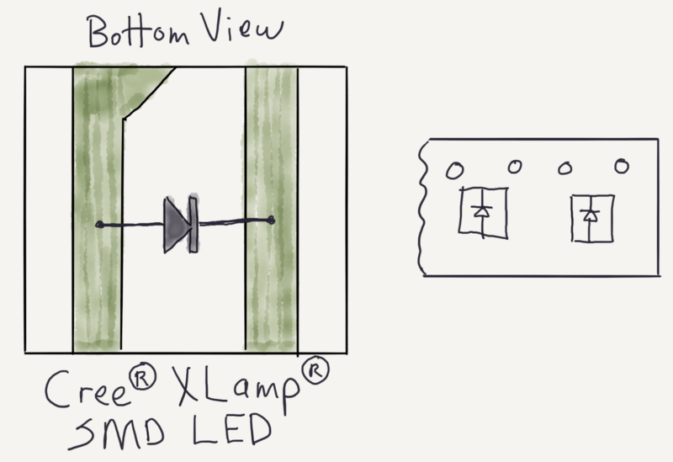 Setting the orientation of the diode in the assembly process is automated. File formats such as IPC-356D specify rotation angles for the pick-and-place machine. But this data often has problems because it relies on assumptions about the conventions used in the PC board design. The data in CAD is consistent, but it is not 100% accurate. Orientation verification corrects the small percentage of parts that don’t follow the orientation convention.

The contract manufacturer will be able to figure out which way the diode is pointed in the tape. The person programming the pick-and-place machine finds the tape orientation in the datasheet, and then he or she inspects the tape to make sure that it is loaded correctly. Next the programmer looks at the printed circuit board design to figure out which way the diode is supposed to point on the board. If this disagrees with the CAD file, it is then corrected in the machine program. You can make this part easy by drawing an arrow or a diode symbol. Then the programmer won’t have to wonder if the circuit-board marking is for pin 1, a mark on the package, or the cathode. It is fine to have other markings on there as well, as long as there is a clear arrow. This applies to all types of diodes.

When building a CAD library for smooth, hands-off operation at my CM, I like the IPC document “Electronic Component Zero Orientation for CAD Library Construction.” You can find this document by googling the title, or you can get it directly from the IPC. It has guidelines for building a library, and also for manufacturers. For example, it says for molded diodes, the cathode should be pin 1 on the left, and the anode is pin 2 on the right.