Optimal Routing of Semiconductor Devices and Circuits for Development Boards

Have you ever heard anyone say they did not understand math, or they were not mathematically inclined, or that even thinking about math gave them a headache? Well, there is actually a condition known as mathematics anxiety, which can be debilitating for some people. The symptoms can be so extreme as to cause some to avoid jobs and career choices where any utilization of mathematics is required.

For scientists and engineers, coming down with this “disease” would be akin to a death sentence. Knowing that math provides the best opportunity to understand, describe, and manipulate our world means that those who not only tolerate but also embrace the world of numbers are special indeed. And those who can successfully define abstract mathematical concepts such that they can be applied to tangible physical situations deserve our admiration and gratitude. One such pioneer is Augustin-Louis Cauchy, who gave us the Cauchy Integral Theorem.

In short, this theory shows that all paths that enclose the same region are basically equal. This is a powerful concept that can be easily applied to trace routing on PCBA development boards. Development boards, in contrast to evaluation boards, are not in development themselves. Instead, they contain a specific component that is intended to be the basis or foundation to develop a larger system or electronic product. A good example of this is a high pin count BGA, which may be the connection structure for any number of complex semiconductors. Let’s see how this theorem and other insights can help us create the best routing of semiconductor devices and circuits on development boards after first establishing the intent of this type of PCBA. 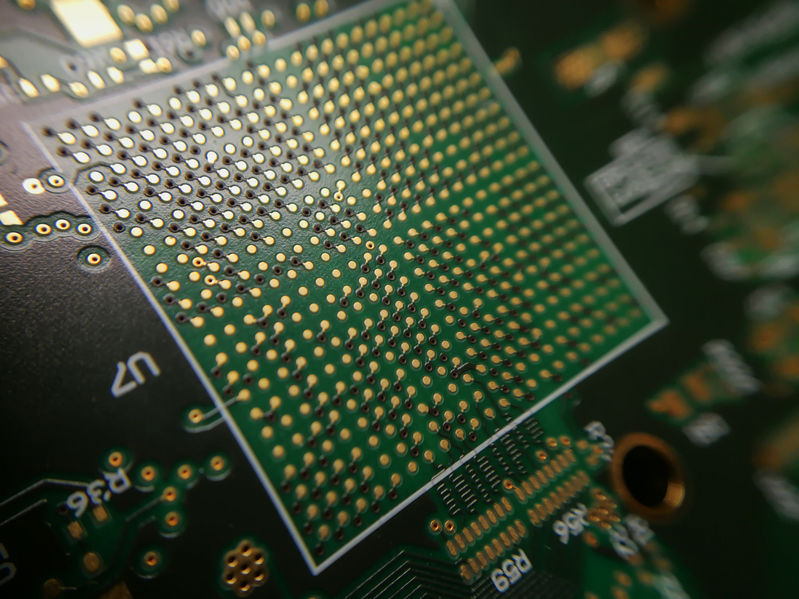 Development Boards and Their Intent

Development boards are the culmination of one of the most important PCBA embodiments that designers and their contract manufacturers (CMs) create. Instead of being based on the directives or requirements of a particular end-user, these boards are built around the capabilities of a specific device. The component of focus or primary device is typically a complex semiconductor, such as a microcontroller, microprocessor or FPGA. However, sensors and other components may also occupy this esteemed role. Including the primary component, development boards contain everything necessary to use the board in your project, as listed below.

The means to program the primary component to meet specific objectives; including performing necessary calculations, setting up pin functions, structuring memory and other essential activities, is critical and the key to the flexibility that development boards exhibit.

For the greatest flexibility, these include many of the most common connector types.

These include buttons, switches and semiconductor components, such as diodes and transistors, to control board operation.

On-board power is an advantageous asset for development boards that enables the development of simple products by adding functional devices and perhaps user interfaces (UIs) to more complex ones.

Another advantage of development boards that can be leveraged during development is the lack of constraint on the form factor.

The list above speaks directly to the intent of most development boards, which is to provide a ready-made solution around which a final product can be developed quickly. Fulfilling this development board intent is best served when the PCBAs are fully vetted for function and operation, are power independent, provide multiple options for setup and/or programming and I/O and are built to liberally exploit DFM guidelines; such as spacing, clearances, drill hole sizes, etc.

Routing Semiconductor Devices and Circuits to Development Board Intent

It bears repeating that development boards are intended to be the foundation of developing larger systems or products and not directly under development themselves. Of course, these boards must provide sufficient flexibility as they may be used in many different types of products. This does not mean that the design and manufacturing of development boards is rigid. In fact, it is quite the opposite. For these boards, development should be focused on designer-friendliness and ease of manufacturing. One area where this is keenly evident is trace routing, as shown below.

Although development boards are custom designs, the target is not a single end-user. The best boards should be usable by many end-users and for many different applications. Therefore, the boards must provide flexibility, which gives the designer flexibility in routing. Taking full advantage of this requires a CM with a wide range of capabilities, such as Tempo Automation.

If you are ready to have your design manufactured, try our quote tool to upload your CAD and BOM files. If you want more information on how best to route semiconductor devices and circuits for your development boards, contact us.