PCB Assembly Terminology You Should Know

One of the most accurate descriptions of how life evolves can be paraphrased as “The only constant is that there will be constant change.” Instead of using this true observation as justification for releasing the inner underachiever, it should be an impetus for another truth. That is, falling behind or becoming irrelevant can only be avoided by the continuous growth of knowledge and ability. Undoubtedly, pursuing this objective will require some autodidacticism; however, failing to leverage others' experience and advice could leave you trying to reinvent the wheel and still lagging behind.

With the advent of the Internet of Things (IoT) and Industry 4.0, the production or the process of manufacturing products across industries is in the midst of significant change. This includes the smart manufacturing of PCBAs, which is revolutionizing the development of circuit boards. Keeping pace with these changes requires that you first acquire a solid foundation of understanding of circuit board development terminology, which is the objective of this PCB terminology series.

In the last installment, we added essential PCB fabrication terminology. In this article, we complete the essential database with the infusion of the second stage of manufacturing, PCB assembly terminology. 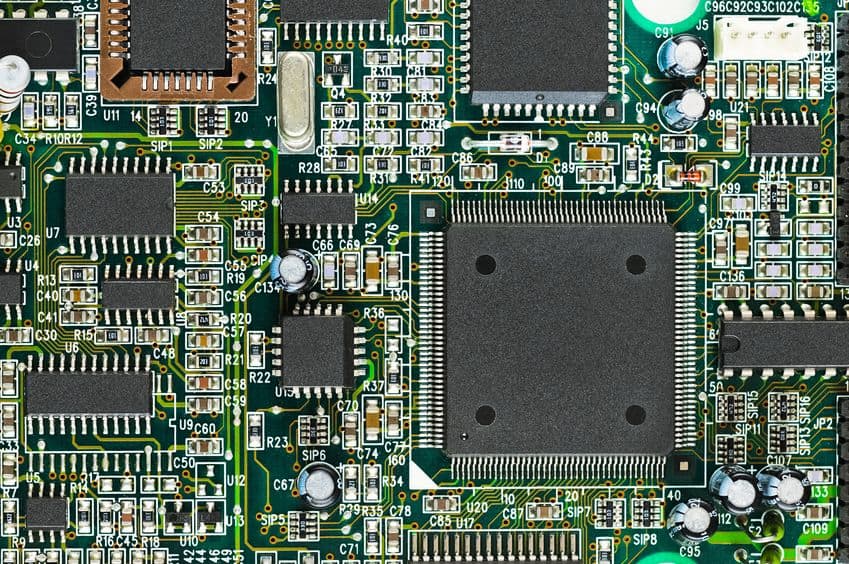 Assembly or more precisely, PCB assembly (PCBA) is the process of securely attaching components and other elements to a fabricated bare board to produce the physical manifestation of the circuit board design. Component attachment is performed by one of several soldering techniques, and an optimal PCBA requires that you follow your CM’s DFA guidelines.

An assembly house is a manufacturing facility that produces PCBAs for prototyping, low-volume production and/or high-volume production. Although assembly houses may assist in procurement, including the utilization of online component services, and perform circuit board testing, they do not provide fabrication services at their factory.

Ball grid array (BGA) is an electronic component package type that utilizes an array of balls as opposed to pins to connect from the component through vias to traces and other components. The advantage of this configuration is that it requires less space than like components with other connection schemes.

For PCBAs, the selection of components, which are devices that are attached to the board during the assembly stage of manufacturing and perform electrical or electronic functions, may be the most important design decision. These devices include wiring, cables and common connectors, but not etched interfaces, such as gold fingers.

Component kitting is where your assembler or turnkey PCB manufacturing provider receives all of the components required for your design as a single package; instead of individually. Component selection is very important for the quality and efficiency of the PCBA development process; however, it can be plagued by counterfeits and shortages. One effective means of addressing these concerns is to employ component kitting.

To build the best PCBAs, it is necessary that you institute design for assembly (DFA) rules and guidelines, which are constraints, parameter ranges and recommendations to aid your assembler in creating high solder joint quality connections for the board components. DFA, along with DFM, DFT and DFR [LINK to: “Tempo Blog | The Advantages of PCBA Design for Reliability (DFR)”], form a design for eXcellence (DFX) strategy for PCBA development optimization.

Fiducial marks are usually copper circles within an open solder mask area that are orientation indicators used to aid the automatic pick and place machine. Arguably, PCB component placement [LINK to: “Tempo Blog | Why PCB Component Placement is the Most Important Design Decision”] is the most important design decision and during assembly, several factors are relied upon for proper placement. These include silkscreen, which provides visual information, and fiducial markings.

When designing and building components, especially surface mount devices (SMDs), a defining constraint is the width of the pitch or distance between adjacent pin centers. The pitch, along with the number of pins or connections and the package architecture, determine the minimal size for the component. The finer the pitch, the more compact the package. If the pitch is too fine, then no solder mask can be applied between component pads and the potential for solder bridging is possible. During SMD component selection for prototyping it can be advantageous to relax the pitch.

A PCB header or more accurately PCBA pin header is a connector consisting of rows of pins that typically utilize through-hole technology along the edge of a circuit board. The other side of the header may accommodate male or female connections. Headers are commonly used to interconnect multiple boards; for example, in a stacked configuration.

Laser soldering is a precision method that eliminates the possibility of damaging the component. Although wave soldering and reflow are by far the most popular methods of attaching components during PCBA assembly, there are components that are extremely sensitive to temperature where laser soldering, which uses a tightly focused beam to control heating, is advantageous.

Pick and place is the term used to describe the method used to place SMDs on a PCB prior to soldering during the assembly stage of manufacturing. This process is most often automated and robots remove the components from tubes, reels or packs and place them according to the coordinates and orientations given in the pick and place file of the manufacturing file package.

Besides fiducials, another important indicator for proper placement of components is the reference designator, which may be pin 1 identifiers for ICs or polarity indicators for diodes and polarized capacitors. This illustrates the importance of the silkscreen PCB layer, which includes referential markings to ensure proper component orientation or placement.

Reflow is a soldering process used by assembly houses to create quality solder joints for SMT on PCBs. The process includes a solder paste application to hold the components in place followed by heating in a reflow oven and finally cooling to make the solder joints.

The Restriction of Hazardous Substances or RoHS is a directive that stipulates which and in what quantities of hazardous substances may be used by manufacturers that produce electrical and electronics within or for sale in the European Union. For PCBAs, the most significant constraint is that PCB assembly be lead-free.

Surface finish, in deference to its name, is applied prior to PCB assembly, not at the end, and serves as protection against moisture and other contamination, between the fabrication and assembly stages.

Surface mount devices (SMDs) are electrical and/or electronic components where the pins or leads are soldered to the surface of a circuit board. This includes flat packages, where the pins attach to traces on the surface, and BGAs and chip-scale packages (CSPs), where connections to the component are underneath, requiring a vertical routing scheme, such as via-in-pad.

Surface mount technology (SMT) refers to the process of designing and manufacturing PCBAS that incorporate SMDs. As circuit boards get smaller and denser, the utilization of SMT increases as there are routing, power and cost advantages when compared to through-hole components.

Through-hole components, which are mounted by running their leads through the entire board and wave soldering, have been around for a long time and once were predominant on circuit boards. Recently, SMDs have largely replaced through-hole components, primarily due to the demand for smaller boards and electronics products. However, for extreme environments where high power, high temperature or motion is present, through-hole components are preferred and there are IPC standards that govern their use.

Wave soldering is the most commonly used method of soldering through-hole components. It includes placing the component and running its leads through the entire board where they are clipped. To attach the components the board is moved across a “wave” of solder, which when it cools securely attaches the component.

Over the decades since PCB manufacturing was introduced, the number of techniques used to assemble the boards has grown to include more specialized usage.

And knowing which methods are applicable for the best board outcomes begins with understanding the PCB assembly terminology provided above. At Tempo Automation, we utilize advanced equipment and smart manufacturing to ensure the best board build regardless of the component types your design requires.

If you are ready to have your design manufactured, try our quote tool to upload your CAD and BOM files. If you want more information on PCB assembly terminology that you should know, contact us.

Congratulations on adding the terms in this blog to your PCB terminology database. Although your mastery and utilization of this database will undoubtedly aid the effectiveness of your PCBA design and development, you should continually seek its expansion. It will serve you well throughout your career.

To access the complete PCB Terminology series and expand your PCB knowledge, please refer to the following articles:

Part 1: PCB Terminology You Should Know