PCB Design and Development for the New Space Race

I often wonder how long the discoverer of fire kept it secret before letting the rest of the clan in on it. If the human record for other achievements can be used as a predictor, it might have been a while. Looking over human history, it is apparent that with few exceptions, major advances in knowledge or technology have followed a predictable path. That being the discovery and cultivation of the advancement by a relatively small group of privileged individuals before final dissemination to the greater public. However, once released to the public, improvements typically come rapidly. The transition from the old space race, which began with the launch of Sputnik in 1957, to the new space race that is currently gaining speed promises to follow the traditional development path blazed by other technologies. 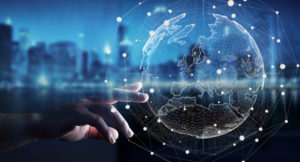 There have been proddings to motivate greater participation by the private sector. But after half a century, space travel (aside from satellites) has remained, almost exclusively, in the realm of governments. Finally, the tide seems to be turning, as private companies are developing and launching space platforms in ever-increasing numbers. This expansion is at the heart of the new space race that many believe will forever change our relationship with the heavens. To grasp this vision, it is important to understand both where we were, the old space race, and where we are, the new space race.

PCB Design and Development for the Olde Space Race

The old space race, or simply “space race” as it was known at the time, was principally a competition between the United States and the former Soviet Union for dominion of space near the earth. Clearly, military concerns guided the design and development of space platforms by both countries. Yet, the technological innovations derived from this competition have touched many facets of our everyday lives and led to advanced products to improve our way of life. The old space race can be defined its major tenets.

This period, although marked by military systems' development, also produced satellites originally for clandestine purposes that would evolve into wide-spread usage for mapping, television and communications services. This included space vehicle development for human travel with several trips to the moon and extended habitation with the International Space Station. 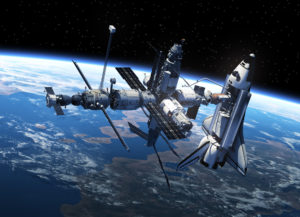 During the old space age, system and platform development took years. In fact, taking five years to launch a satellite was standard. The development cycle was lengthy due to the usage of older and slower technology for systems, devices, boards and manufacturing.

The principal participants were the United States and the Soviet Union, although other countries added space programs later. These include France, China, various other European countries, Japan and others.

The new space race, in contrast to the old space race, is more collaborative and less focused on military preeminence. It involves a more business-like approach based and focused on commercialization and competition. There are also many more participants, including thirteen government agencies, but private organizations are driving the technological innovations. The contrasts between the two space races can easily be seen by examining the tenets of the new space race below.

PCBs, like electronics in general, have gotten smaller and smaller, as have the space systems that permeate the new space race. This includes small microsatellites and even nanosatellites that may be as small as 4 in (wide) x 4 in (deep) by 13 in (long). There is a push toward component standardization with the use of commercial-other-the-counter (COTS) components to help meet the stringent component requirements currently in place. The first space vehicles are using relaunch vehicles, but future developments will arrive as technology evolves.

Now, space boards and systems utilize advanced manufacturing that utilizes DFM for aerospace technology. This includes materials, board fabrication and PCB assembly that is regulated to ensure quality, performance and reliability. Devices such as piezoelectronics incorporate the best performing crystals.

With the continuation of the new space race, the future of aerospace development looks bright and exciting. However, you must follow stringent design guidelines and avoid certain restrictions to ensure the successful development of your aerospace PCBs.

The new space race has opened the door for the increased design and development of aerospace PCBs and electronics devices. With advanced equipment, processes and expertise, Tempo Automation is well-positioned to build your boards for this purpose. Whether you are transitioning from the old space race or venturing into the wide-open new space race, we can ensure that your PCBs meet the requirements for critical systems.

If you are ready to have your design manufactured, try our quote tool to upload your CAD and BOM files. If you want more information on the new space race or how to incorporate strict guidelines into your design, contact us.