There are very few absolutes in life, with the exception, of course, of death, taxes, and the need to make a choice. In the world of sports, like in life, one form of choice that is ultimately encountered is the ever-constant “versus.” What is a choice, other than an alternative way to express a decision? Versus is also a way to express a choice, but it is a more cerebral way to align one's decision to choose one option over the other by outlining the pros and cons. The very essence of versus resides in the presence of either preference or need, and sometimes both. In the field of PCBA design, if facing a versus scenario, the ultimate decision is driven by need rather than preference. 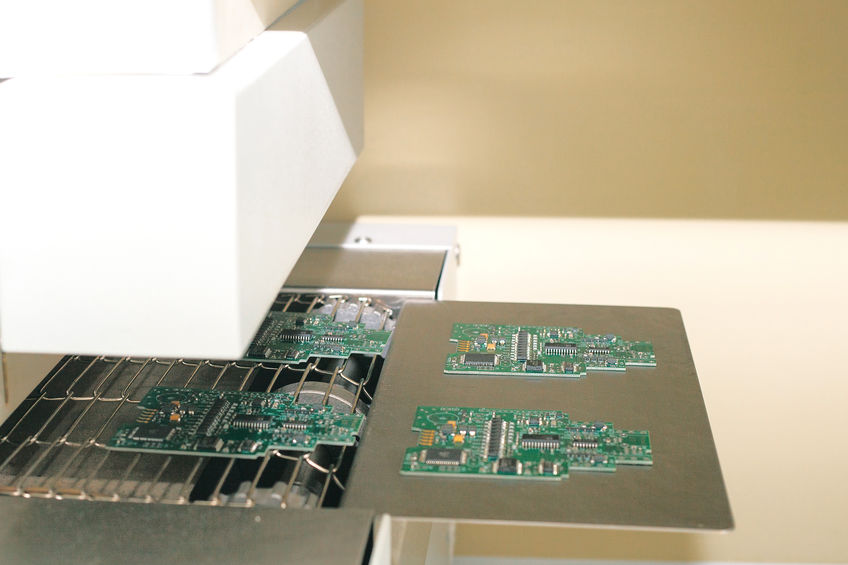 As previously emphasized, there are significant differences between the two soldering techniques. Nevertheless, both provide the ability to solder components onto your PCB. However, depending on your specific soldering needs and design constraints, one method may address your design needs more thoroughly than the other. We will discuss the two methodologies more thoroughly and outline the advantages of both to provide better insight regarding which method fits your particular soldering needs.

What is Wave Soldering?

Although there are various types of wave soldering machines, the basic principles and components in use in these soldering machines are generally the same. Furthermore, the essential equipment in use during the process is as follows:

Regarding the solder in use in this process, it generally consists of a mixture of metals. For example, a standard leaded solder consists of the following chemical makeup:

Note: On July 1, 2006, the Restriction of Hazardous Substances (RoHS) Directive initiates the first ban on the use of lead-based solder in new electronics for all current and future manufacturing. Furthermore, since then, the alternative solders consist of two lead-free variants. These alternative lead-free options include tin-copper-nickel alloys, tin-silver-copper alloys, and the commonly used variant SN100C (99.25% tin, 0.7% copper, 0.05% nickel).

Wave soldering is a soldering process used in PCB manufacturing. SMDs are glued onto the surface of the PCB by placement machines before running through the solder wave. Overall, this process is ideally suited for the bulk production of PCBs. It involves utilizing a pump to produce an upsurge of solder that the PCB passes over. This pan of outpouring molten solder looks like a standing wave, hence the name. As the PCB contacts this wave, the attached components become soldered to the PCB.

There was a time that wave soldering was used for both surface mount and through-hole PCB assembly. However, a number of problems, including controlling the amount of solder for tight pitch leads on increasingly smaller components and the movement toward BGA and other under package connections, contribute to what is known as selective wave soldering. This is where regions, instead of the whole board, utilized wave soldering.

As of late, there is a systematic replacement of through-hole components with surface mount variants. Furthermore, as the designers are opting for surface mount components over through-hole, so is the landscape changing for soldering techniques. This, of course, means that reflow soldering is currently supplanting the use of the wave soldering technique. This is especially the case with the majority of large-scale electronics applications.

What is Reflow Soldering?

Using the reflow soldering process on PCBs containing a mixture of plated through-hole (PTH) and surface mount technology (SMT) components can be beneficial. How? Well, for starters, the process may permit the elimination of the wave soldering step, if through-hole reflow is possible through specially modified paste stencils. Furthermore, if it allows for the removal of steps, it saves time while reducing assembly costs.  It is possible to use reflow ovens with through-hole components as well. However, this process includes filling the holes with solder paste before inserting the through-hole component's leads through the paste.

The primary goal of the reflow technique is the achievement of the eutectic temperature by the solder paste, thus causing it to undergo a phase change into a molten state (liquid). Furthermore, it is at this specific temperature range that the molten alloy expresses characteristics of adhesion. Also, the molten solder alloy behaves much like water, but with properties of both adhesion and cohesion. Moreso, with adequate flux, while in the liquid state, molten solder alloys display a trait called wetting.

Note: The term "eutectic" (used above) is defined as denoting or relating to a mixture of substances in fixed proportion that both melts and solidifies at a single temperature. This singular temperature is lower than the melting points of the individual elements or any other mixture of them.

The temperature profiles of reflow ovens are ideal for:

Reflow soldering is a process that utilizes a solder paste consisting of a sticky mixture of flux and powdered solder to attach tiny electrical components to their contact pads provisionally. Furthermore, once the attachment phase is complete, the process subjects the entire assembly to controlled heat. At this juncture of the process, the molten solder paste reflows, thus producing permanent solder joints. Moreover, the process accomplishes the necessary heating by one of the following methods:

Overall, the reflow soldering technique with extended industrial convection ovens is the ideal process for soldering SMDs to a PCB. Furthermore, the various sections within the ovens have regulated temperatures that are governed by the thermal requirements of the PCB assembly.

The temperature profile for a specific PCB will permit the reflow of solder onto the adjoining surfaces, without damaging or exceeding the electrical component's temperature tolerances. With the conventional reflow soldering method, there are typically four stages or zones that each possesses a distinctive thermal profile, as follows:

At this stage, the primary goal is to preheat the assembly consistently and safely to a pre-reflow or soak temperature.

This stage usually consists of 60 to 120-seconds of exposure to activate the flux and remove solder paste volatiles.

This is where we reach the maximum allowable temperature, which is a crucial consideration. As a general note, a typical peak temperature lies between 20–40°C above liquidus.

At this final stage, we gradually cool the processed PCB and solidify the solder joints. The effects of proper cooling prevent thermal shock or excessive intermetallic formation on the components.

As presented above, there are distinct differences between wave and reflow soldering. These differences translate into different design considerations, as shown below.

Following good DFM spacing and clearance guidelines is always important, but more so for wave soldering as there must be ample clearance for the solder to flow between components and other surface devices.

Another concern is that the solder will flow over the solder mask dam. In this case, solder bridging or the connection between component pads that should be isolated will occur.

Achieving even flow is very important for wave soldering. By orienting components to support this will lead to better quality connections.

For reflow, the board is subject to higher temperatures and for longer periods of time. This means that board thermal characteristics; such as CTE and dissipation are important considerations.

As PCBs are subjected to high temperatures for extended periods of time there can be a possibility that the board will warp or crack. Therefore, the board material and construction must be able to withstand temperature cycling.

The lists above are not exhaustive; however, most other design considerations are important regardless of the soldering method.

We now know that wave soldering is more suited for through-hole components, and reflow soldering is ideal for SMDs. However, it is possible to achieve desired results utilizing either methodology with either component type. Keep in mind that there are specific additional steps that will be required to achieve the previously mentioned results.

Generally speaking, the consideration to use either of these techniques is dependent on component type, design constraints, and requirements. At Tempo Automation, we can help you determine the best course of action to ensure your PCBA development process progresses smoothly.

If you are ready to have your design manufactured, try our quote tool to upload your CAD and BOM files. If you want more information on how to design for wave soldering vs reflow soldering, contact us.