Some scholars have suggested that the Giza Pyramids in Egypt were actually generators of electrical energy, pointing to the structures’ size, architecture, and materials (for example, granite, which may be comprised of up to 50% quartz crystal). Interestingly, quartz ceramics—including barium titanate, lead zirconate titanate, and gallium nitrate—and some polymers (primarily ferroelectric) are natural materials that can generate electricity due to mechanical strain, which is known as the piezoelectric effect.

The piezoelectric effect, first demonstrated by Pierre and Jacques Curie in 1880, is a physical phenomenon that only a small number of materials exhibit. Most of these materials also exhibit the reverse process whereby an electrical charge causes mechanical deformation. These capabilities are utilized in energy applications today, such as transformation in power electronics systems. More common, however, is the employment of the piezoelectric pressure sensor working principle for a wide range of products from commercial systems to applications in harsh environments like aerospace and defense.

What is the Piezoelectric Pressure Sensor Working Principle?

Piezoelectric sensors are effective at detecting dynamic pressure differences over a wide pressure range—from about 0.1 to 10,000 pound per square inch (PSI). These devices do not require an external power source, but amplification is typically required to raise the electrical voltage potential created to a workable level. Common applications for piezoelectric pressure sensors include the following:

Piezoelectric sensors also have a fairly flat frequency response over their operating range, as shown below. 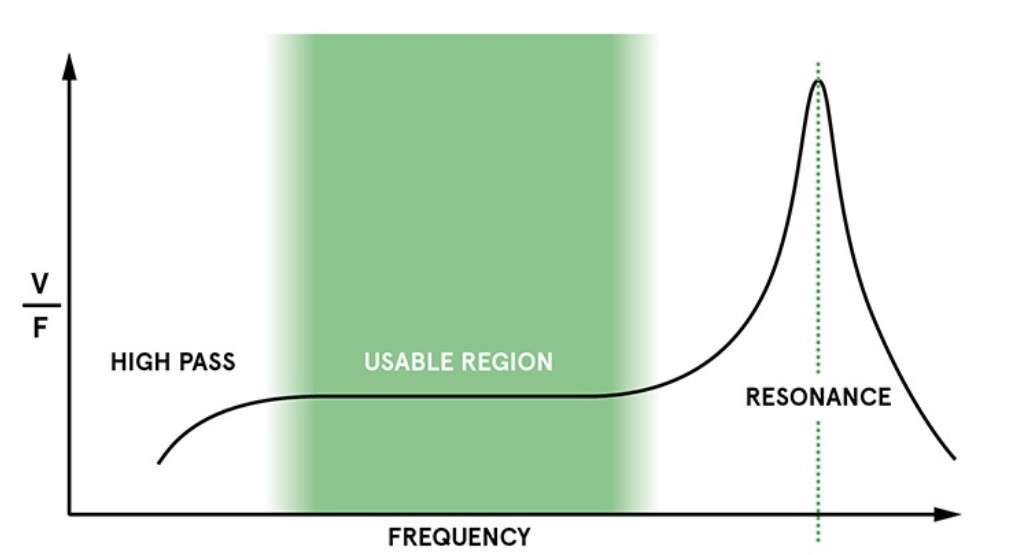 Other advantages that make piezoelectric sensors attractive devices include the following:

These advantages, coupled with simple operation, are the main contributing factors for the widespread usage of piezoelectric sensors. However, to optimally take advantage of the piezoelectric pressure sensor working principle exhibited by these devices for your PCBA energy applications, there are some best practices to follow during your board development process.

Piezoelectric pressure sensors can be applied to a number of different applications that are essential to today’s energy systems. They include products used in standalone systems, automotives, industrial production facilities, and the smart grid. These applications may vary in specific function; however, there are general design best practices that should be incorporated irrespective of application to achieve the most reliable performance.

Following the guidelines above will aid you in developing effective and reliable piezoelectric pressure sensors for your energy applications. It is important, however, that your board construction process is based on superior quality control and that your CM is well-versed and experienced in the requirements for harsh environment circuit board applications, such as Tempo Automation. "

Tempo employs a white-box turnkey PCBA manufacturing process that promotes collaboration and transparency between engineers and CMs. This allows us to quickly deliver high-quality boards for both standard and non-standard designs that meet energy industry criteria for prototyping and on-demand production. We also provide downloadable DRC files in Altium Designer, Cadence Allegro, Mentor Pads, other CAD formats, and Excel.