Should I Use Lead Free PCB Assembly?

In February 2003, the European Union1, which includes nearly 30 of the 50 countries on the European continent, adopted The Restriction of Hazardous Substances Directive 2002/95/EC, or RoHS 1. This directive established July 1, 2006 as the deadline for restrictions on the use of six “hazardous materials” in the manufacture of electrical and electronic devices. Compliance to the directive and its subsequent amendments (which have added four additional substances) is mandatory for European manufacturers and all other countries that produce electronics products for the EU market. 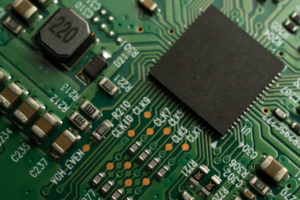 As PCBs are the primary unit in virtually all electronics systems, the RoHS directive applies directly to many of the PCB manufacturing steps. By far, the most impacted stage of board manufacturing is PCB assembly (or PCBA), where RoHS compliance means replacing traditional lead-based solder with a lead-free alternative. But what does this mean for your PCB development? Before addressing this question, let's take a look at both leaded and lead free board assembly. Then, you will be better prepared to decide whether you should use lead free PCB assembly.

During the assembly of your boards, the components, either surface mount technology (SMT) or through-hole, are attached through a soldering process. For decades, most solder used for PCBA has been a tin-lead (Sn-Pb) alloy. Popular tin to lead ratios are 60/40 and 63/37, which have melting point temperatures of 188°C (370°F) and 183°C (361°F), respectively. During reflow, which is the preferred method for attaching surface mount device (SMD) packages, temperatures up to 235°C (455°F) may be reached as solder changes to a liquid form prior to cooling down.

Temperatures for lead free PCBA are typically higher than for Sn-Pb solder. For example, the melting point temperature for tin-silver (Sn-Ag) is 220°C (428°F) for 96.5/3.5 and 240°C (464°F) for 95/5, respectively. Reflow temperatures may peak at 250°C (482°F). These higher temperatures have implications for board construction and component selection. If board materials are selected with a decomposition temperature that is too low, irreversible damage may occur following exposure to the elevated temperatures involved in lead free PCB assembly. Care must also be taken when choosing components to ensure there is no damage, especially during reflow where high temperatures are present on the board for extended periods of time.

From a PCB manufacturing perspective, the major concern for lead free PCB assembly is board damage due to higher temperatures. Rework is also more difficult. Materials are another consideration as substrates and laminates must be selected based upon their temperature attributes. Before prematurely deciding that opting for lead free PCB assembly is not justifiable,however, let’s explore other reasons for making the change.

You Should Use Lead Free PCB Assembly If …

If any entry in the list below describes your situation, you will likely benefit from using lead free PCB assembly.

Today, for compliance with the RoHS directive, the following substances may only be present at the levels shown.

Ensuring that your boards are built to meet the RoHS requirements means that you must ensure the contract manufacturer (CM) that you select has a defined lead free process, including soldering, materials, components, solder mask, and surface finish. Lead free PCB assembly is rapidly becoming the standard for PCB manufacturing. This is due to regulatory requirements, environmental concerns, and other reasons, as listed above.

Tempo Automation is the industry leader for fast, high-quality PCB prototyping and low volume production. We utilize advanced equipment and a software-based process to build boards that meet your regulatory requirements. And our range of capabilities allow us to ensure that your design objectives and intent are satisfied, while providing you with the best manufacturing experience.

If you are ready to have your design manufactured, try our quote tool to upload your CAD and BOM files. If you want more information on lead free PCB assembly or meeting RoHS requirements, contact us.

1 The adoption and execution of the British Exit or Brexit, voted for by the United Kingdom in 2016, will reduce the EU membership to 29 countries. It is not clear if or how this will impact electronics requirements for the UK.