The Advantages and Disadvantages of Ceramic Multilayer PCBs

Most people I have known could be described as creatures of habit. We go to bed and get up at about the same time every day. We typically watch the same shows, go to the same places, and do the same activities week after week. We have established a comfort zone and mostly want to remain within its protective boundaries. There is nothing inherently wrong with this; however, it does make us resistant to change. And for some of us, that resistance is hard to overcome, even when it is undeniably apparent that we should alter our routine. 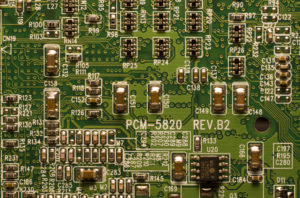 The same is true for those of us who design PCBs. One area of design where this is glaringly obvious is board material selection. It is not uncommon to simply opt for the default FR4 without considering alternatives that may be better for the particular board. There are certainly advantages to sticking with what works; however, your clients are best served when this philosophy is balanced against the exploration and utilization of new design methods and materials that offer better performance and perhaps lower costs.

Let’s explore the relatively new ceramic multilayer PCB technology to determine when and if it may be a better alternative to the standard FR4.

It is well-known that PCB development, including design, board fabrication, and PCB assembly, has been trending toward smaller, more complex architectures for some time. This trend has been driven by demand for greater functionality and a wider range of deployment options, particularly in more compact locations. The PCB industry’s answer, for the most part, has focused on miniaturization of traditional substrate and laminate materials and increased layers or PCB stackup. However, challenges such as heat dissipation, the removal of excess from the board, and coefficient of thermal expansion (CTE), which describes how a material changes as the temperature applied to it changes, has led to the search for other materials that would respond more favorably to these issues. One result that has emerged is ceramics.

Ceramic materials (aluminum oxide, aluminum nitride, and beryllium oxide, for example) have been shown to exceed the performance of traditional board materials, such as polyimide, polystyrene, epoxy glass fiber, and phenolic resin in thermal conductivity, resistance to erosion, CTE component compatibility, and high-density trace routing, such as used for high-density multimedia interface (HDMI) connections. These attributes make ceramic materials very favorable for use in multilayer boards, which may be classified according to the method by which they are fabricated, as shown below.

These boards consist of gold and dielectric paste printed on a ceramic base and baked at slightly lower than 1000°C. Thick film ceramic PCBs may utilize gold or copper, with copper being the most used due to lower cost. To prevent oxidation, the board is baked in nitrogen gas.

LTCC utilizes co-firing, where the materials, which may be non-glass, glass composite, or glass crystal, are combusted simultaneously. Traces are usually gold for high thermal conductivity and boards are baked at 900°C.

HTCC utilizes aluminum-oxide and an adhesive, as well as a plasticizer, solvent, and lubricator. Circuit tracing may be metals, such as tungsten and molybdenum, and baking temperatures can be as high as 1600°C to 1700°C. This method is best used for small-scale boards and carrier circuits.

Ceramic multilayer PCBs enjoy their greatest implementation in high-speed, high-power circuit applications. These boards have been shown to reduce parasitic capacitance by up to 90% as compared to traditional board materials and show the greatest promise for future use in the aerospace, medical devices, industrial, and automotive industries.

The primary advantage of ceramic multilayer PCBs lies in their thermal properties. The most significant of these is thermal conductivity, which outperforms traditional materials by a tremendous margin. In the table below, the most used board material, FR4, is compared with the ceramic multilayer board in a number of important categories.

As shown above, ceramic multilayer PCBs have advantages and disadvantages as compared to FR4. However, the advantages point to a continued increase in the use of ceramic boards for high-speed and high-power applications that are criteria for more functionality in smaller packages.

Tempo Automation, the industry leader in fast, precision and high-quality PCB manufacturing, has a wide range of material options including to meet your design objectives. This includes accommodating the special process of using ceramic materials for your board if desired. We also strive to provide you with the best manufacturing experience. And to help you get started on the best path, we furnish information for your DFM checks and enable you to easily view and download DRC files. If you’re an Altium user, you can simply add these files to your PCB design software.

If you are ready to have your design manufactured, try our quote tool to upload your CAD and BOM files. If you want more information on ceramic multilayer PCBs, contact us.