Getting mixed signals from someone you’re interested in can be confusing. It’s hard to stay grounded when you’re not sure what the frame of reference is for the relationship. As complicated as dating can be, designing grounds for multisignal PCBs is often even more bewildering. First, you have to zero in on exactly which ground you’re designing; signal, chassis, or earth ground. Next, you have to decide between a star ground, a single ground plane, or multiple grounds. Then, at the end, you have to try and trace all your current return paths to see if you’ve missed any large ground loops. Now, I may not be able to help you much with any romantic issues, but I do have a few tips and tricks when it comes to grounding your board. 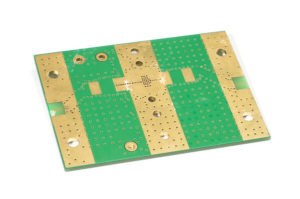 Which Ground Are We Talking About?

After getting into trouble several times after going out with a girl without first specifying whether it was a date or not, I’ve learned the value of being specific. This is just as important, if not more, when it comes to grounds. There are three very different types of grounds you may deal with in PCB design: chassis, earth, and signal ground.

Earth Ground: This ground often connects electrical circuits in buildings to the mains ground, which in turn connects to the actual Earth. Normally, for a balanced system, there is no voltage across the neutral. If there is a break or open in the return wire of a circuit, then the neutral provides a connection to safely dissipate current into the soil.

Chassis Ground: If you’ve ever been shocked by a washer or dryer, then you’ve experienced the importance of a chassis ground. This is the electrical connection point between a circuit’s signal ground that typically provides a path to actual earth ground. For isolated devices, this may be a metal enclosure. When the chassis is connected to earth ground it allows any currents that have shorted to the chassis to flow safely to ground, instead of through the next user that touches the casing.

Signal Ground: The signal ground is what we’re concerned with. In analog circuitry, in particular, this is the reference for signals that your board may be generating or propagating. When noise is introduced to this ground your analog circuitry will be less accurate or may not operate at all. Read on to find out how you can keep this ground free of interference.

Before we address the different grounding configurations, we need to discuss ground loops. As you already know current flows in a loop. This means when you run a trace to another part of the board, the current has to return back to its source. When unintended current, typically due to nearby circuit paths, returns to a source, the paths are also called ground loops. And they can be a major source of noise in your circuit. The effects of ground loops and the paths they take differ for analog and digital circuits, so you’ll need to keep both in mind during design.

Analog circuits often deal with relatively low voltage signals that are sensitive to noise. Digital circuits are more immune to interference, but their fast switching can induce it in the sensitive analog circuits. When a digital circuit has a current return path with a large area, that loop acts as a radiating antenna for its switching noise. A circuit’s ground loop can act as an antenna and interference is born. So the object of ground design is to limit the area of potential ground loops.

To limit the area of a loop, you also need to understand what path the return current will follow. In low-frequency analog circuits, the return path is that of least resistance. In high-frequency digital circuits, the current follows the path of least impedance, which is generally directly under the trace.

If current flows in an unwanted ground loop and we want to minimize the area inside those loops, what kind of grounding techniques can we use? Though there are a variety of grounding configurations, I’ll talk about two strategies that can sometimes overlap: ground planes and star grounds.

Ground Planes: A ground plane is a large sheet of copper that acts as the ground connection for several traces or components on your PCB. A plane can take up an entire layer or cover only a small portion. It can also be continuous or have gaps and troughs throughout. The point of a ground plane is to minimize the voltage differential between the termination and beginning of a trace, and between multiple different trace terminations. The smaller the voltage differential, the less noise voltage there will be. When it comes to analog circuits ground planes, provide the path of least resistance that will reduce the area of their ground loop. For digital circuits, a solid ground plane will allow the return current to flow directly beneath the trace, which is ideal. Remember that if you put gaps in your ground plane, then return current paths have to flow around those gaps, so try not to cross any troughs with analog or digital traces.

Star Ground: A star ground is a single connection point for analog and digital circuits that tries to minimize ground loops. One advantage of a star ground is that all signal grounds are referenced to the exact same point. In a ground plane, they’re all referenced to the plane, but there will be voltage differentials between the different connection points on the plane. Some designers like to have separate ground planes for analog and digital circuits. They will then connect them at a single point that all the current return paths can flow through to limit ground loops. This can be a difficult design to perfect because if you’re not careful, you can easily create loops when connecting to your ground or power supply. This design is most practical when you have a small number of analog and digital circuits on your board.

When it comes to ground design for PCBs, there is rarely a one-size-fits-all solution. First, you need to design the different kinds of ground for your board; chassis, earth, and signal. Next, you’ll have to carefully look at the potential for ground loops in your system and try to minimize their areas. The best design might use a contiguous ground plane that covers an entire layer of your board. It also might be two separate planes that meet at a star ground, or multiple ground planes or buses that come together at a single point. The best thing you can do is to keep in mind how analog and digital return currents flow and look for ways to reduce the loop area of those paths. After you’ve put such considerable work into a ground design, it will be time to manufacture it, and that’s a step where you really don’t want any mixed signals. Make sure to choose a reliable and experienced CM like Tempo Automation.

If you are ready to have your design manufactured, try our quote tool to upload your CAD and BOM files. If you want more information on grounding multisignal boards or general tips to optimize your PCB design for manufacturing, contact us.