History is replete with many instances where a new technology was so far ahead of its time that it was initially rejected or relegated to specialized usage, which slowed its advancement to a level ready for widespread public acceptance. A notable example is the nearly five decades it took for FM to overtake AM for radio broadcasts even though its superiority was well known. Another technology, the electric vehicle, is just now finding a home in the automobile market, although the technology was actually introduced in the 19th century. Fortunately, the ability to block or slow down advancement is more difficult today as governments and the public are more tech-savvy and more aware of the status or level of developing technologies. This knowledge serves to promote development and increases the speed with which new technologies achieve a level of readiness acceptable for public utilization. 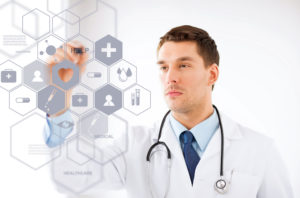 The readiness of a technology is not simply an estimation of whether it meets some arbitrary guidelines for introduction to the public. Instead, there are formal technology readiness levels that define the current state of a technology or device as it progresses from an idea to a proven concept or implementation. Peering into the future for new developments is a constant in the healthcare arena that spurs research into new pharmaceuticals and medical devices. Having a plan where each stage is definable can be an asset that guides the medical device development process. First, let’s explore technology readiness levels and then see how these may be utilized to benefit medical devices development.

What are Technology Readiness Levels?

The use of technology readiness levels (TRLs) began with NASA in the 1970s as a means of monitoring and qualifying the maturity of an aerospace technology and its associated devices. Over the decades, the use of NASA’s 9-tier graduated scale, to monitor the status of emerging technologies has spread to other industries.

Although the list above was obviously developed for space applications, it clearly incorporates the need for risk analysis for aerospace engineering PCB development. The importance of the concepts of measurable technology readiness can be applied to several critical industries. Including medical devices, where risk management is no less poignant.

Since NASA’s introduction, the notion of using TRLs to monitor and advance technological development has expanded to include adoption by the US Army Medical Research and Materiel Command (MRMC) and utilization by the Air Force Office of Scientific Research (AFOSR) to help evaluate the success of their Small Business Innovative Research (SBIR) and SBIR Small Business Technology Transfer funding programs in advancing technology to higher levels. And today, the importance of identifying and supporting early-stage research is a major focus for many government agencies. A major objective of the MRMC was to relate the TRLs to the typical process to classify medical devices, which includes obtaining premarket approval (PMA), if required. Although your medical device circuit boards will differ in specific components, functionality and other specifications, the MMRC model does allow for a general correlation between TRLs and medical device PCBA development to be constructed, as is done below.

The above list can be used to aid in keeping your medical device development on track; however, you should modify it as necessary for your specific case. For example, class 1 and 2 devices are typically low risk and similar devices will not require 501(k) approval.

Bringing a medical device to market can be a long process that includes both administrative and technology validation requirements. Add to this the competitiveness of the industry and it is easy to see the importance of an efficient development process. A major contributor to this is your board’s manufacturing. At Tempo Automation, we lead the industry in fast, high-quality PCBA manufacturing for medical device applications.

If you are ready to have your design manufactured, try our quote tool to upload your CAD and BOM files. If you want more information on technology readiness levels for medical device development, contact us.

The Advantages of Digital Twin Technology for PCBA Development

Board Building for New Product Development and Introduction Optimization