My neighborhood is known for the amazing 4th of July parties that we host. There can be over 100 people in attendance, participating in the different events that are set up, including a barbecue rib cook-off contest. One year a small group of people purchased some ribs from a local restaurant that specializes in barbecue, threw them on their grill to make it look legit, and then submitted them for judging. They almost won the contest until their plot was discovered. Most of us had a good laugh about this, but some of the more serious entrants decided that it was time to put some barbecue cook-off contest standards in place to ensure the purity of all entries from then on. 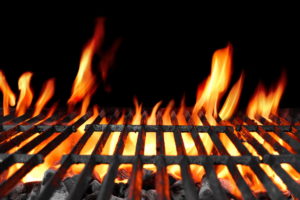 For a bunch of people enjoying a holiday, sneaking in an unapproved barbecued rib to the contest was hilarious, and most of us still laugh about it to this day. Making sure of the purity of the materials used in the manufacturing of your printed circuit board, however, is a much more pressing matter. One of these materials is the conformal coating that gets applied to the board after it is assembled, and it is vital to make sure that the coating used will give your PCB the protection and performance that you expect. For this reason, there are standards in place to specify the operational expectations of the conformal coatings that can be used on circuit boards. Here is some information to introduce you to and better explain PCB conformal coating standards.

What is Coating and Why the Need for PCB Conformal Coating Standards?

Conformal coating is a thin film of protective material applied to a circuit board after it has been fully assembled. It is a non-conductive dielectric material that will protect the board and its components from salt-spray, moisture, fungus, dust, and other contaminants that can cause corrosion of exposed metal. Conformal coatings can be resistant to different types of solvents and chemicals, and they can help to prevent damage from thermal and mechanical stress. Conformal coatings can be made from acrylic, silicone, or urethane resins, as well as other more application-specific compounds such as epoxy, depending on the needs of the circuit board. These coatings can be brushed on, sprayed on, or the circuit boards can be dipped in the coating.

In order to know that the conformal coating that you are using on your PCB will handle the job that you expect it to, it is important for it to carry a certification to its capabilities. This is the reason for conformal coating standards; they distinguish between general-purpose protective substances and engineered coatings explicitly designed for printed circuit boards. Although there are many user and industry specifications for conformal coatings, we will look at only the major ones here.

What are the Standards That Govern PCB Conformal Coating?

Five specifications are associated with conformal coatings, as we will list here. The first one, MIL-I-46058C, is obsolete but still widely used throughout the industry as the standard for conformal coating capabilities. IPC-CC-830B is closely related to it and was created as an alternative, while IPC-A-610 covers coating thicknesses. There are also two specifications from Underwriter’s Laboratories; UL94 and UL746E, that cover flammability and electrical properties of conformal coatings:

How Your PCB Contract Manufacturer Can Help

There is a lot to consider when deciding on which conformal coating to use, and your PCB contract manufacturer can help you with this. They will have the experience of working with these coatings plus an understanding of all of the standards that apply.

At Tempo Automation, we are ready to work together with you on your PCB manufacturing, as well as recommending to you which conformal coating will best suit your needs. We have years of experience doing this, and we have the resources you need in order to ensure that your design is manufactured to the highest levels of quality.

If you are ready to have your design manufactured, try our quote tool to upload your CAD and BOM files. If you want more information on PCB conformal coating standards, contact us.

Why Printed Circuit Board Construction is Getting Smart

Understanding Soldering – Part 4: How to Use Flux When Soldering Electronics