One of the most fascinating things about these times in which we live is how many ways we have discovered to create or convert energy into usable forms. Probably, the most well-known of these, at least for laypersons, is transforming sunlight into electrical energy by using the Photovoltaic effect. This is by no means the only means of generating electric energy and most of us engineers are aware that wind, ocean waves, and biomass are all good sources of energy for conversion to electricity. Other techniques that are used mostly in electronics include transforming heat to electricity, which is the Seebeck or reverse Peltier effect, and converting vibrations into electric signals, which is known as the piezoelectric effect. 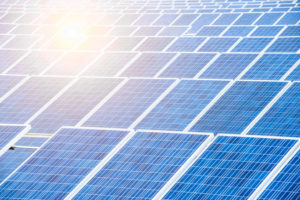 The piezoelectric effect is probably most commonly used in sensors to detect motion; including gyroscopes that primarily aid systems in maintaining are establishing the proper orientation. Another use of this technology is in power electronics to convert energy to the desired level. Wire-wound transformers do indeed exist to perform this functionality; however, in some cases, it may be more advantageous to utilize piezoelectric transformers in power electronics applications instead. Before exploring these, let’s take a look at how these devices work.

Transducers, which generate electricity from physical changes in a material or device, and actuators that may be used to induce motion from electrical excitation are common devices in industrial environments. Piezoelectric transformers (or PTs as they are sometimes referred to) exhibit both of these functionalities to convert an electrical source to an electrical output. Most often, the operation is either to step-up or step-down a voltage level from hundreds or thousands of volts to the volt or lower level or the inverse with power ratings typically in the watt range, in one of the three configurations or modes listed below.

For this mode, the piezoelectric materials are stacked with the electrical input applied at the top or bottom with the common or signal ground for both between the materials.

This mode uses two stacked solid cylinders; one of input and one for output, and radial actuation. Primarily, this configuration is used for step-down applications.

For all modes of operation, special materials that exhibit the piezoelectric effect must be used. These materials include various crystals, which are also the primary element in clock oscillators, some ceramics, topaz, and enamel. Now, let’s see how these unique components are and can be used in industrial environments.

As transformers, PTs are used for converting voltage and currents to levels required for circuit operation. They have distinct advantages over other transformers as listed below.

In the figure below from [1], an example of how the attributes of piezoelectric transformers can be used in industrial power electronics is shown.

As shown above, PTS can be used to improve the performance of power electronic PCBAs deployed in industrial systems and environments. At Tempo Automation, the industry leader in high-quality, fast PCBA prototyping and low-volume production, we can accommodate your piezoelectric transformers and other power electronics technology for industrial PCBAs. We will ensure that these boards meet or exceed your standards.