What is Ionic Contamination of Medical PCBAs?

It is indisputable that we have had great success in reducing the effect of many serious diseases and illnesses. In fact, some diseases have been virtually or completely eliminated and no longer pose a threat. However, one ailment that has been quite resistant to eradication and actually grown in its impact is diabetes. According to the CDC, over 30 million people in America are diabetics. Of these, the vast majority (90 - 95%) have Type II diabetes, the more serious version for which daily medication, typically insulin, is required. 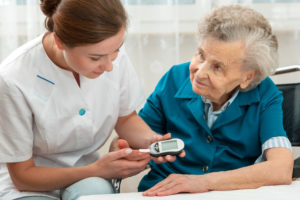 The amount of insulin taken is controlled and determined by a patient’s blood glucose level. Too much insulin can cause the patient to “bottom out” or lower the glucose level below an acceptable limit and lead to a blackout. Too little or no insulin can be ineffective and result in an excessively high level. If the level is sufficiently high, the patient can go into an insulin coma. To avoid these dangerous situations, it is imperative that glucose meters, electronic devices that measure the glucose in the blood, are accurate.

Not all inaccurate medical device measurements can contribute to such serious patient issues. However, misdiagnoses that may result from faulty measurement data may lead to a patient being put on an ineffective or potentially dangerous medication or treatment regimen. The cause of error in measurement for electronic medical devices can vary from insufficient power to user misuse. These causes are beyond your control and need not be considered. You should, however, ensure that the board does not in any way facilitate inaccuracy. One way to do this is to make sure your boards are free of contaminants.

This starts by asking the following questions:

“What is ionic contamination?"

“How does ionic contamination affect my medical PCBA?"

The answers to these important questions are below.

What is Ionic Contamination?

PCBA ionic contamination can be defined as the existence of residues that become charged in solution on a circuit board following manufacturing that may interfere with functionality and reliability. This contamination may remain from fabrication, assembly, or both. It may also be introduced during the handling of the board.

Common sources of ionic contamination during board construction include the following:

Now, that we know ionic contamination is, let’s see how it can affect medical PCBA operation.

What are the Effects of Ionic Contamination on Medical PCBAs?

The presence of ionic contamination on an installed PCBA may be trouble for any application. However, their presence on circuit boards that comprise electronic circuitry in medical devices, especially class 2, class 3, and biomedical devices, may result in harm to patients. Examples of ionic contamination issues and their potential effects on medical PCBAs include the following:

Dendrites are metallic slivers that form in solution. If they come into contact, circuit operation can be erratic or intermittent, which can produce unreliable measurements for testing devices.

When dendrites form across a dielectric, an alternative current path is produced that can interfere with the accuracy of current measurements.

Ionic contamination can cause corrosion to appear faster than normal on circuit boards. This can lead to short circuits and inaccurate current and/or voltage readings or board damage.

As we can see, ionic contamination can cause major problems for medical PCBAs, including corrosion that may adversely affect measurements and readings from test equipment that may result in ineffective or even harmful treatment regimens for patients. Therefore, it is imperative that you employ apply a mitigation strategy, such as the IPC Ionic Application Specifications, and partner with an experienced CM committed to the highest quality standards. At Tempo Automation, we pride ourselves on building high-quality PCBAs faster than anyone in the industry.

If you are ready to have your design manufactured, try our quote tool to upload your CAD and BOM files. If you want more information on what ionic contamination is and how to minimize it on your medical PCBAs, contact us.