What is PCB Prototyping Parallel Design?

Some years ago, I attended a seminar on parallel programming. At the time, the utilization of multiple processors to execute programs was relegated to supercomputers or smaller neural computers, which were in their infancy. Since then, the concept of dividing software tasks among multiple processors to increase speed has become somewhat common. In fact, a good number of personal computers today have dual or quad cores, where each core is a separate processing unit. 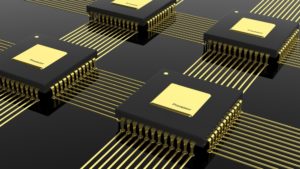 This process of multiplicity is not limited to dividing larger processes into smaller ones. It can also be used to convert a linear process into shorter parallel processes. For PCB prototype manufacturing, which is unidirectional and cyclic, this type of parallelization can be effectively used with prototype iteration speed to improve board development efficiency. This may not be immediately apparent; however, after a review of what PCB prototyping is, the ways in which parallel prototyping can be utilized should become clearer.

Two essential stages of developing products like electronic circuit boards are: simulation and prototyping. Simulation; although sometimes neglected, is done in software and its purpose is to verify that the circuit design will meet its performance and functionality design criteria. An electronic circuit simulation is an invaluable tool, as it eliminates the need to build unnecessary boards that have little chance of meeting the design objectives. Passing simulation testing is just the first proving ground for electronic design, as the hardware device or PCB also must be tested. This testing, known as prototyping can be defined by its purpose, process, and results, as shown below.

The purpose of PCB prototyping is to build and test the physical embodiment of a design for function, operation and structural integrity. Structural integrity speaks to the board quality and reliability, which are typically regulated according to the PCB’s intended usage.

PCB prototyping typically is a three-stage process. Just as multiple simulations are usually required before final parameters are determined and operation meets requirements, prototyping is cyclic and generally requires several iterations before the final PCB construction is achieved.

For each prototype iteration, a fabricated and assembled PCB is created and tested. The testing results determine whether additional iterations are required. Typically, additional iterations mean redesign or design changes that require new boards to be built and tested. The final result of PCB prototyping is a design that can be used for board low-volume or high-volume production, depending on the board’s intended application.

Now that we have answered what PCB prototyping typically entails, let's see if parallelization can be used to improve development.

As stated above, PCB prototyping is typically an iterative process that requires multiple design changes and rebuilds before a final design is reached. In fact, design quality and the number of iterations are proportional to each other, as each iteration yields a better or higher quality design. Although these cycles are anticipated, it is also usually desirable to minimize their number. The more iterations, the more time and cost needed for development. In most cases, both time and cost are bounded. For example, most developers have a schedule for delivery which may not be varied without penalty, depending on the client.

Not surprisingly, there are various strategies to reduce the time for bring-up. One of these is to employ a parallel prototyping strategy. Parallel prototyping can be defined as physically testing different board embodiments collectively instead of sequentially, as is done for typical prototyping. Parallelization allows for various aspects of the design to be tested or analyzed with the objective of improving the overall design faster than sequential iterations will allow. When implementing parallel prototyping, a number of steps can be taken to improve its effectiveness. These include using cheaper components, larger boards, or otherwise relaxing board parameters.

These methods can be effective can also be applied during typical prototyping; however, each would need to be finalized individually and sequentially to provide an accurate comparison. This would actually extend the prototyping process. However, if these alternative designs are manufactured and tested in a simultaneous or parallel manner, they can be utilized to make the prototyping process more efficient. In these cases, parallel PCB prototyping offers a distinct advantage, as illustrated in the table below.

As indicated in the table above, parallel prototyping design allows for the development of a single winning design or multiple competing designs that meet the design objectives. Practically, the typical process can never be as fast as parallel processing, as board manufacturing has to be halted until testing and redesign are completed. For parallel prototyping, an alternate design can be manufactured during this downtime, which is much more efficient.

Obviously, taking a page from software development and instituting a parallel prototyping strategy can be quite beneficial in improving PCB development. However, to fully leverage this methodology, your contract manufacturer (CM) should have an agile manufacturing process and be able to respond quickly to changes in board design. At Tempo Automation, we not only have the fastest turnaround for prototyping in the industry but also have a software-driven agile manufacturing process, which we can put to work for you beginning with day one of design.

If you are ready to have your design manufactured, try our quote tool to upload your CAD and BOM files. If you want more information on what PCB prototyping options we can provide, contact us.