What You Should Know About Radiation Effects on Electronic Devices

Very few naturally occurring phenomena can be classified entirely as good or bad. For example, sunlight is a principle aspect of photosynthesis, the process that enables plants to grow and provides a virtually limitless and free source of energy. However, it can also be a catalyst for cancer. The same can be said for radiation, which is emitted from the sun at all frequencies in the electromagnetic spectrum. Although overexposure to radiation can poison the body, x-ray radiation can be used to aid in healing the body. 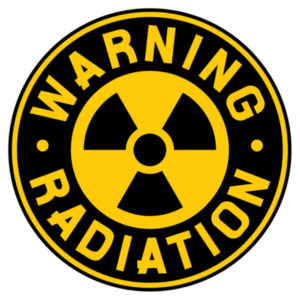 What is Space Radiation?

Radiation may be either ionizing or non-ionizing. Non-ionizing radiation, which is common near the earth’s surface, consists of the lower frequencies (longer wavelengths) of the electromagnetic spectrum and lacks sufficient energy to remove electrons or create ions of molecules or atoms. Sources of non-ionizing radiation are cellular phones, microwave devices and power lines. Ionizing radiation is high energy and includes alpha particles, beta particles, gamma rays and galactic cosmic rays (GCRs), which are one of the primary types of space radiation.

Space radiation is the term used to describe electromagnetic spectrum emissions from varying sources that can be found in planetary atmospheres and outer space. Although constantly in motion and location intensities are dynamic, space radiation can be classified as one of three types:

A. Trapped radiation (such as in the Van Allen radiation belt)

Radiation may exist anywhere in space, but is more concentrated around planetary objects. As space radiation primarily consists of high energy particles, such as electrons and positrons, traveling near the speed of light, locations for different types are not discrete, but overlap. Yet, we can identify atmospheric levels from an earth perspective where certain space radiation is likely to be present, as shown below.

As shown above, high energy radiation exists throughout the earth’s atmosphere and consequently, all spacecraft, including satellite technology vehicles, and their electronic devices are subject to its effects.

What Are the Radiation Effects on Electronic Devices in Space?

All radiation can be dangerous to us. However, low energy non-ionizing radiation poses minimal risks in the low doses to which we are typically exposed. Electronics and PCBs, on the other hand, can be impacted by both if steps are not taken to limit their effects. The primary source of non-ionizing radiation is from radiating components, such as capacitors, inductors, transformers, transmitter ICs, antennas, and even traces. These emissions are only a problem when they interfere with signal propagation along unintended circuit paths or routes. This is more commonly referred to as noise or electromagnetic interference (EMI) and can cause various signal integrity issues, especially at high frequencies.

How to Minimize Radiation Effects on Electronics Devices in Space

There is no full-proof way to eliminate the radiation effects on electronic devices aboard space platforms. However, there are steps that if taken can reduce or minimize these effects.

🚫 For non-ionizing radiation you should do the following:

🚫 For ionizing radiation you should do the following:

Radiation-hardening is the most effective means of guarding against the radiation effects on electronic devices. To gauge effectiveness, devices and components are tested in laboratories utilizing particle accelerators and other analysis equipment. These tests can be quite costly. For example, testing a complex field-programmable gate array (FPGA) IC can cost as much as $500,000.00 [1].

Spacecraft depend upon their onboard electronic devices to ensure safe operations and mission success. Radiation is the most consistent threat to these devices and the PCBs that comprise them. When designing these boards it is imperative to understand their effects and what steps to take to combat them. Tempo Automation is experienced in working with aerospace industry leaders to create space-ready boards and will help you to meet the rigorous challenges of developing PCBs for space.

If you are ready to have your design manufactured, try our quote tool to upload your CAD and BOM files. If you want more information on the radiation effects on electronic devices in space and how to minimize them, contact us.

The Advantages of Digital Twin Technology for PCBA Development

Board Building for New Product Development and Introduction Optimization