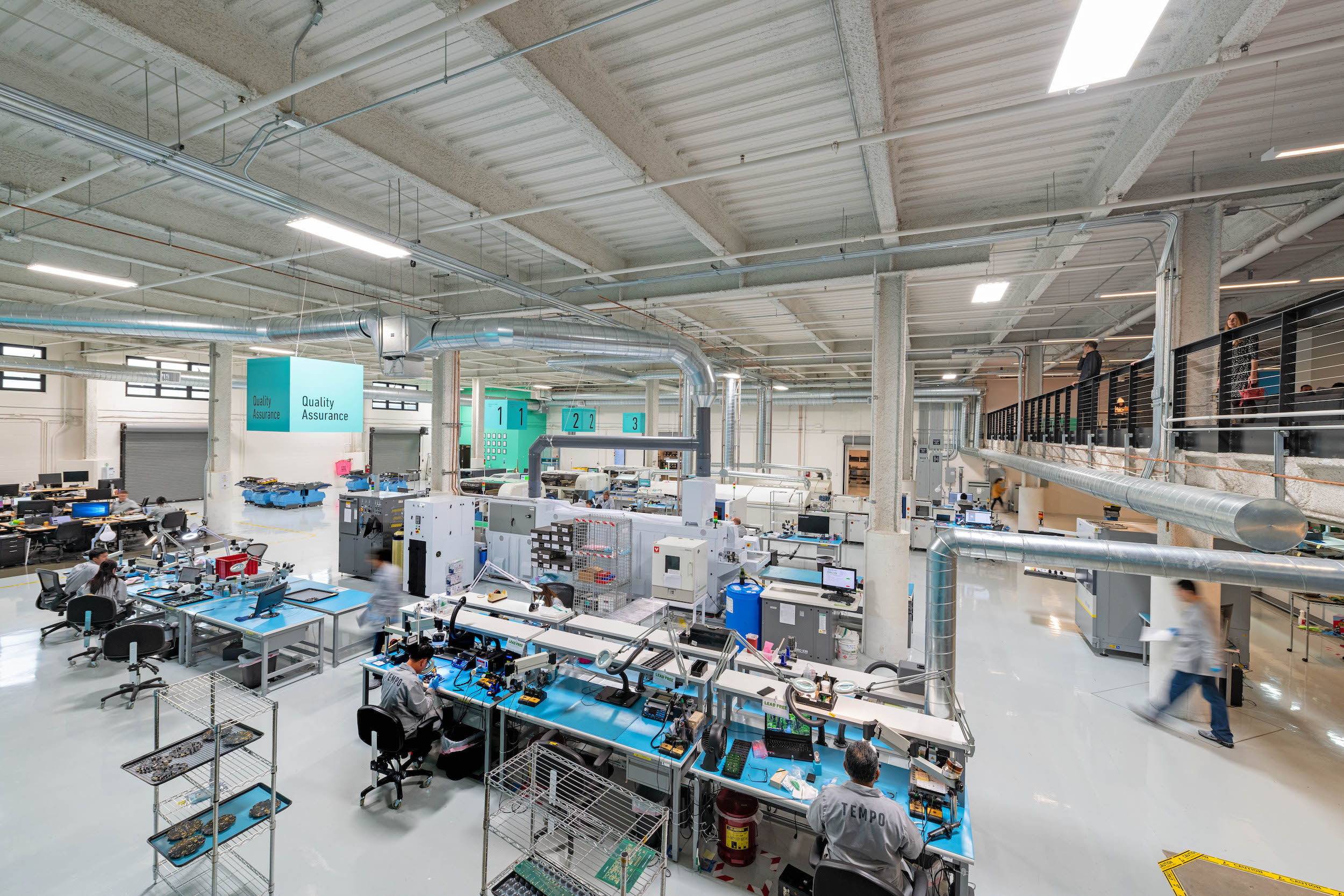 The rise of 3D printing has made rapid prototyping mechanical parts easier than ever, particularly for smaller companies, startups, and makers. But there's nothing on the electronics side that offers that same ease.

Engineers designing printed circuit boards (PCBs) in particular are subject to the whims of contract manufacturers that don't offer much insight into their manufacturing process. PCB designers end up on the outside looking in, without much, if any, understanding into how their design decisions are impacting the manufacturability and quality of their board. Iterations can happen very slowly. And if a board needs to be re-designed or adjusted in any way the entire process has to start over.

San Francisco-based Tempo Automation is hoping to change that with a unique combination of IIoT software and traditional manufacturing aimed at providing engineers more speed and transparency into their product design cycle. The company claims it is currently the world's fastest electronics manufacturer for prototyping and low-volume production of printed circuit board assemblies.

In late 2018, Tempo, which was on-hand as an exhibitor at DesignCon 2019, opened a new 42,000-square-foot smart factory in San Francisco’s Design District with the aim of targeting several high growth markets including aerospace and defense, autonomous vehicles, and medtech – all of which Tempo believes can benefit from its services. Though the company deals in physical manufacturing, it wants engineers to very much think of it as a software company as well.

The company calls its approach a “white box” approach to PCB manufacturing, as opposed to the traditional black box. It works on three essential levels:

Engineers upload their design's CAD files and bill of material (BOM) into Tempo's system via its order tracker. The order tracker automatically provides real-time status updates from the initial order all the way through shipment.

While this is happening, Tempo's Automatic Pick and Place Machine Programming software analyzes the CAD files and BOM and informs and programs each machine on the production line with the necessary build plan. Engineers can even specify particular distributors to source parts from and the system will inform them of any out of stock or potential replacement parts in real time. Factory employees also have access to the digital build plan throughout the production process. The goal is to give human workers freedom from the more mundane, repetitive aspects such as parts picking so they can focus on more crucial tasks such as quality assurance.

This final stage is also done with the help of Tempo's Automated Optical Inspection Auto-Program Generation software that assists in automating the inspection of the final PCB assemblies.

A Tempo representative told Design News that the rise of Internet of Things connectivity – including Big Data and cloud-based computing shouldn't just be transforming the way factories work, but also the ways that electronic components are made. In the long term the company is aiming to leverage machine learning as well to create more powerful communications between the factory and design engineers.

By culling data from all of the projects that go through it, an AI-enabled factory could provide design recommendations, feedback throughout the design phases, and even provide virtual simulations of the manufacturing tolerances, manufacturing processes, and physical construction, so that boards can be virtually tested before they are physically manufactured.

Tempo Automation Welcomes Jeff Kowalski to Board of Directors